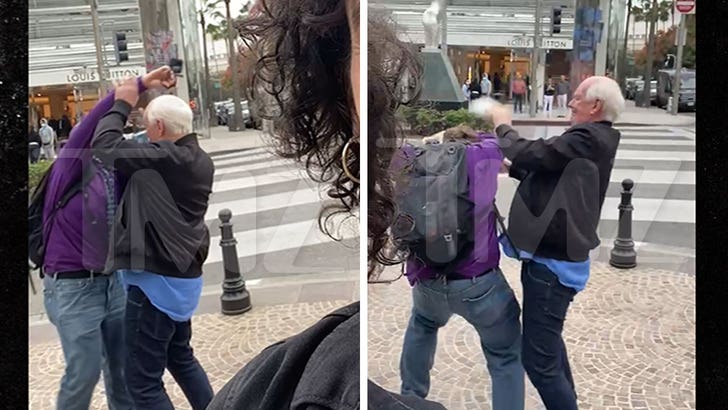 Colin Mochrie turned a videotape into a weapon … using it to rain blows on a fan’s head in a curbside autograph session gone haywire … and we have it all on video.

The bizarre incident unfolded Monday afternoon in Bev Hills, where the “Whose Line Is It Anyway?” star was approached by an autograph hound … but the incident looks like it could be part of a sketch. It’s possible that’s what it is, but cameras are not in place to catch it. 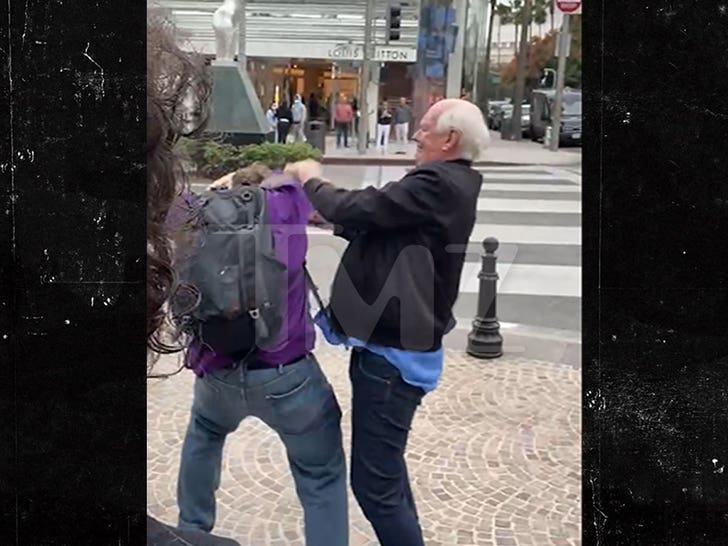 Ya gotta see for yourself … Colin looks like he’s being asked to sign the VHS tape and the fan appears to reach for Colin’s head, and that’s when they start to wrestle and CM uses the tape to smack the guy in the noggin.

The autograph seeker has a camera in hand during the incident and appears to run off after getting bopped on the head, leaving the VHS tape with Colin.

We reached out to Colin’s camp … so far, no word back.