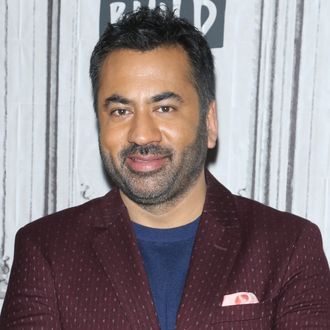 Former Obama staffer/former Kumar Kal Penn came out as gay and managed to include a memoir tease and a boyfriend reveal to boot. Penn spoke to People magazine October 31, explaining that he’d been dating Josh (no last name given) for 11 years. “I discovered my own sexuality relatively late in life compared to many other people,” he said. “There’s no timeline on this stuff.” Penn said that his family was supportive when he came out: “When you’ve already told your Indian parents and the South Asian community that you intend to be an actor for a living, really any conversations that come after that are super easy. They’re just like, ‘Yeah, okay.’ I felt very supported by everyone.”

Penn was scant with details on Josh, citing his privacy. “I’m really excited to share our relationship with readers. But Josh, my partner, my parents, and my brother, four people who I’m closest to in the family, are fairly quiet. They don’t love attention and shy away from the limelight.”

One detail Josh was cool with Penn sharing: their first date. Josh apparently showed up with an 18-pack of Coors Light and a craving to watch NASCAR. “I thought, This obviously is not going to work out,” he said. “I have one day off from The White House and this dude is unironically watching cars go around and make left turns? Next thing you know, it’s been a couple months and we’re watching NASCAR every Sunday. I’m like, What is happening?” Love. Love is what was happening. Penn’s memoir, You Can’t Be Serious, drops November 2.