Britney Spears is enjoying a vacation.

The 39-year-old pop star took to Instagram on Thursday evening to reveal that she’s jetted off on a new adventure.

“Arriving on a private island,” she captioned a photo of herself posing on a runway in front of a helicopter. “It’s nice here but waaaayyy too hot !!!”

For her travels, the “Toxic” singer donned brown shoes and a black jacket over her outfit. Her ensemble was completed by a large sun hat and dark sunglasses.

Britney Spears shared a post on social media featuring a pictures and videos from her trip to a “private island.”
(Steve Jennings/WireImage)

She posed with a smile on her face and one arm up in the air while the other clutched her belongings.

Also included in the post was a video featuring clips from her tropical adventure.

The video begins before Spears boards her aircraft.

“We’re getting on a helicopter,” she says in the video while making a fearful face.

“Helicopter experience,” she later adds, showing off the exterior of her ride. “Here we are.”

Britney Spears’ father Jamie was recently suspended from his position as conservator. He’s held the position for most of the conservatorship’s existence.
(Getty Images)

Next came a few shots from her destination. It’s unclear where Spears was headed, but the small island featured plenty of green foliage, a large structure visible from a distance and sandy beaches while nestled in clear blue waters.

Spears has made her affinity for tropical locations clear. Over the summer, she traveled to Maui and shared several photos and videos from her trip to the island.

BRITNEY SPEARS SAYS SHE WISHES SHE ‘LIVED IN ANOTHER COUNTRY’: ‘I’M DISGUSTED WITH THE SYSTEM’

Spears is in the midst of trying to free herself from her conservatorship, which had seen her father Jamie oversee her everyday life for well over a decade. 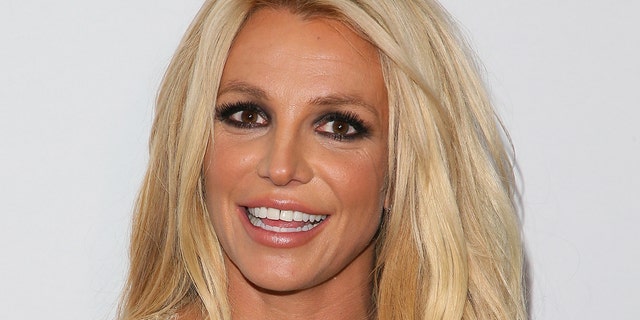 Jamie was suspended from his position as conservator by judge Brenda Penny last month.

The move came after Spears’ bombshell testimony in court that saw her lobby allegations of oppressive and troubling behavior against her father, which resulted in a judge granting her the ability to hire her own representation.

She swiftly hired Mathew Rosengart, who has overseen her case and worked to help end the conservatorship for weeks now.