By Adam S. Levy For Dailymail.com

The tattoo artist, 39, took to Instagram Monday to detail the end of an era as she relocates to Indiana.

‘As some of you know, we recently purchased a beautiful home on a bit of land in rural Indiana, and the more time we spend out there we realize we feel more at home there than we do here in LA,’ said the LA Ink personality, who shares two-year-old son Leafar with husband Rafael Reyes. 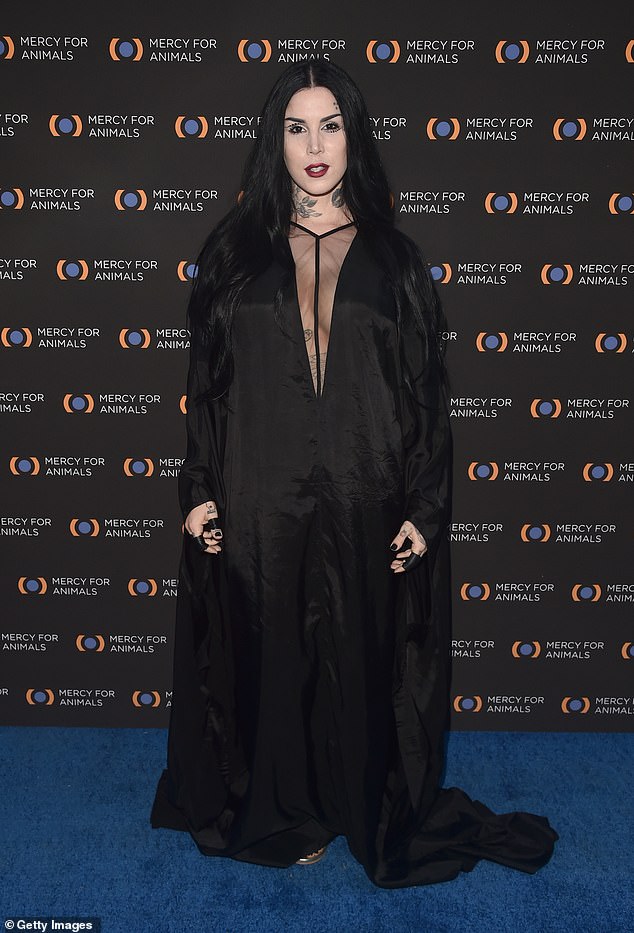 The latest: Kat Von D, 39, is closing her Los Angeles tattoo parlor High Voltage after 14 years. She was snapped in 2019 in LA

‘After much thought, we have decided we will permanently be moving to Indiana at the end of this year,’ she said. ‘We plan on selling our beautiful home here, and I will most likely open a private studio in Indiana once we are done with the house remodel there.’

Kat said she was planning on closing her ‘beloved tattoo shop’ December 1 in the wake of the move.

‘I didn’t think it would make sense to keep it open if I wasn’t present,’ she said, ‘and aside from coming back to work on music with my band, we don’t plan on returning to LA very often.’

Kat noted that the shop will remain taking appointments through next month, adding, ‘I also strongly suggest following my talented fellow artists to see where they end up going in their journey!’ 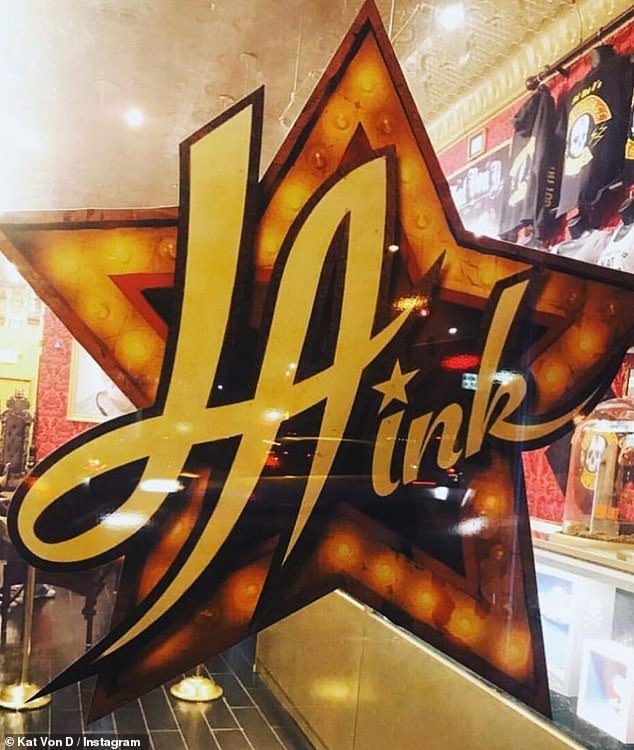 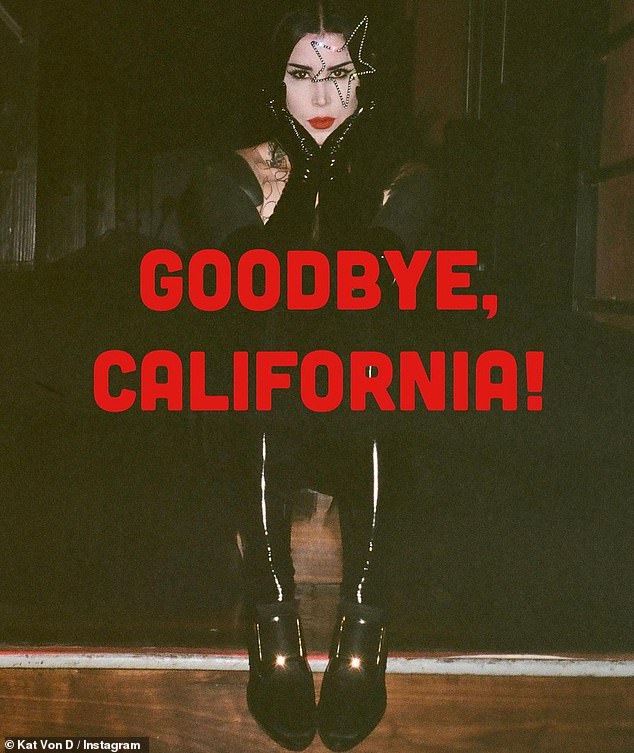 She shared a shot of herself with the text, ‘Goodbye California!’

Kat gave her thanks to her ‘beloved tattoo family’ that she has ‘had the honor and privilege of working alongside,’ as well as the ‘wonderfully supportive folks’ who have been customers.

Along with the post, Kat shared images of the establishment, as well as tattoo artists alongside their works.

Kat initially opened the tattoo shop in 2007 after appearing on the TLC reality show Miami Ink. 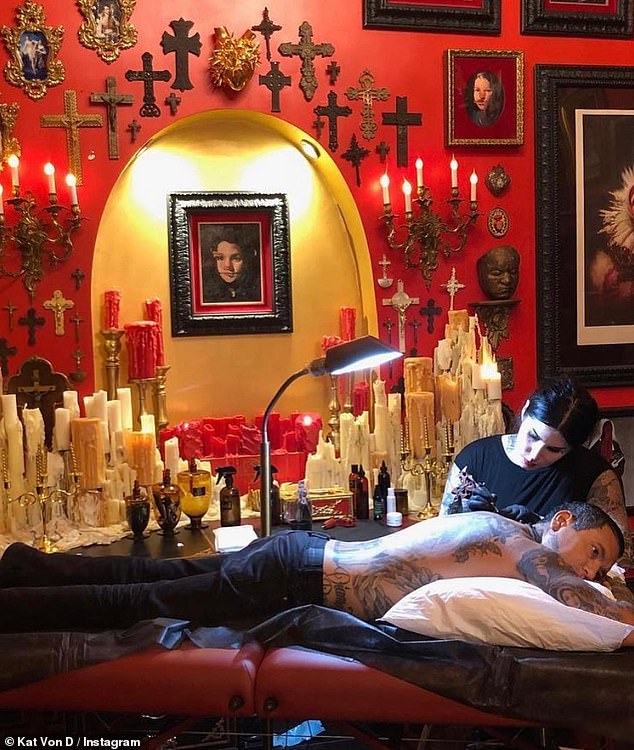 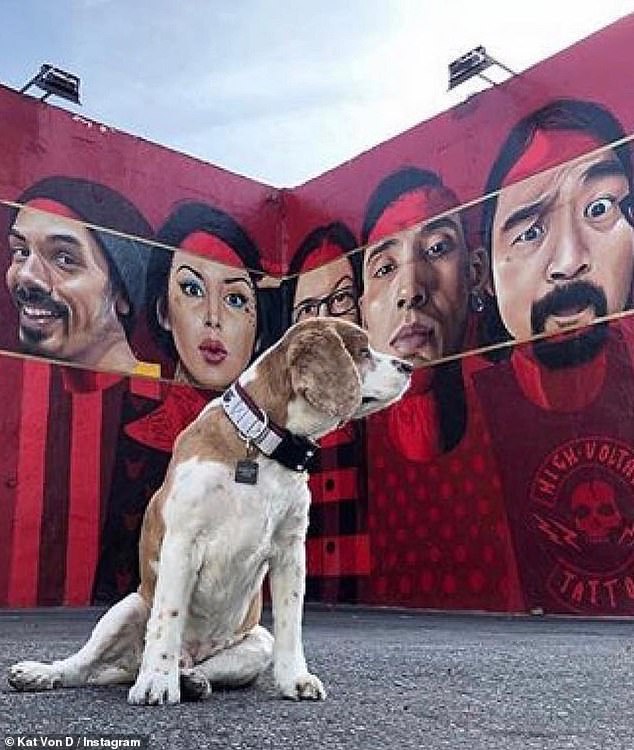 Last year, she said in a social media post that she was intent on moving out of California due to a number of reasons.

‘With all that has been taking place in California with terrible policies, tyrannical government overreach, ridiculous taxing, amongst so much more corruption, we just felt the need to plant roots in a small town where there is nature, where my son can be free to play, and where we can eventually retire one day,’ she said.