Canadian rapper Drake is celebrating another year around the sun as he turns 35 years old on Sunday.

Just last month, the musician, whose real name is Aubrey Graham, dropped his new album, “Certified Lover Boy,” which made it to No. 1 on Billboard’s 200 chart and sold 613,000 copies in the first week, the most impressive sales week in 2021, according to
Forbes.
This is not Drake’s only
career milestone, with eight No. 1’s on the Billboard 100 chart, six UK number No. 1’s and four Grammy Awards. 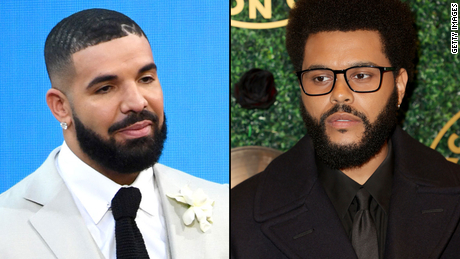 It is not clear how October’s Very Own plans to celebrate his birthday, but if it’s anything like the others, it’s going to be a treat.

The 6 God has
mastered the concept of turning his birthday into a lifestyle, from getting McDonald’s ordered to the club, multiple outfit changes, distributing merch with his face on it, and even throwing himself another bar mitzvah.
The “God’s Plan” hitmaker also celebrated his son Adonis’ 4th birthday two weeks ago, marking the special day with a heartwarming
Instagram post of the pair.
Drake first introduced his son to the world in March 2020 when he shared
his first pictures on social media in an emotional post about missing his family and friends during coronavirus lockdown restrictions.
Drake is going to be the
topic of a course being taught at Ryerson University’s The Creative School that will delve into his life and musical talents. Students will get to thoroughly dissect the lyrics of the artist, whose impact on the music industry has been monumental