An Instagram model was seen on a video shared online of her appearing to smirk while police questioned her over an alleged stabbing attack of her boyfriend the night prior. 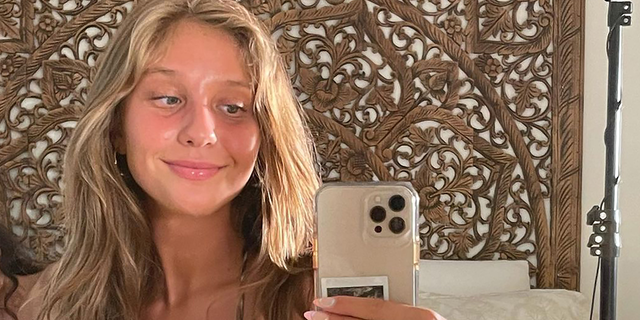 Prosecutors say she allegedly stabbed her boyfriend, Babyboy Pajulas, in the back and arm during a fight Monday night at her Hudson Yards apartment. Pajulas was bleeding when he went down to the lobby where a doorman called the cops around 6:45 p.m., they said.

After she was questioned by police on Tuesday Exum shared a video of herself sitting next to a cop at the station.

The video, which she posted from another account, shows her appearing to play with a necklace while smirking.

“They took my phone y’all I’m on the trap rn,” Exum captioned.

Judge Michael Gaffey gave Exum a full order of protection that requires her to stay away from Pajulas, according to The Post.