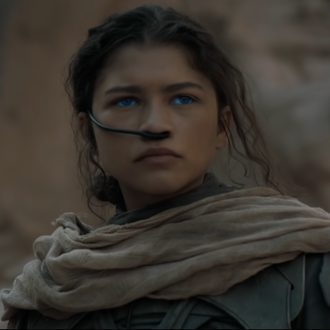 Dune director Denis Villeneuve has strenuously argued against Warner Bros./AT&T’s strategy to release Dune on streaming at the same time as it comes to theaters. “Warner Bros.’ decision means ‘Dune’ won’t have the chance to perform financially in order to be viable and piracy will ultimately triumph,” he wrote in Variety last year. “Warner Bros. might just have killed the ‘Dune’ franchise.” To which WB has seemingly responded “You don’t want your movie to come out the same day on streaming as theaters? Dune worry about it! It’ll come out the day before.” The Verge is reporting that Villeneuve’s sand worm opus will debut on the ad-free version of HBO Max Thursday, October 21.

When and how to release films digitally is becoming an extremely fraught topic for studios. Disney’s decision to release Black Widow on Disney+ along with theaters resulted in Scarlett Johansson suing the Mouse for breach of contract. And the simultaneous streaming strategy may have been part of why Christopher Nolan is taking his next picture to Universal instead of the WB. No word yet on whether Villeneuve is going to sic the Fremen on Warner Bros.