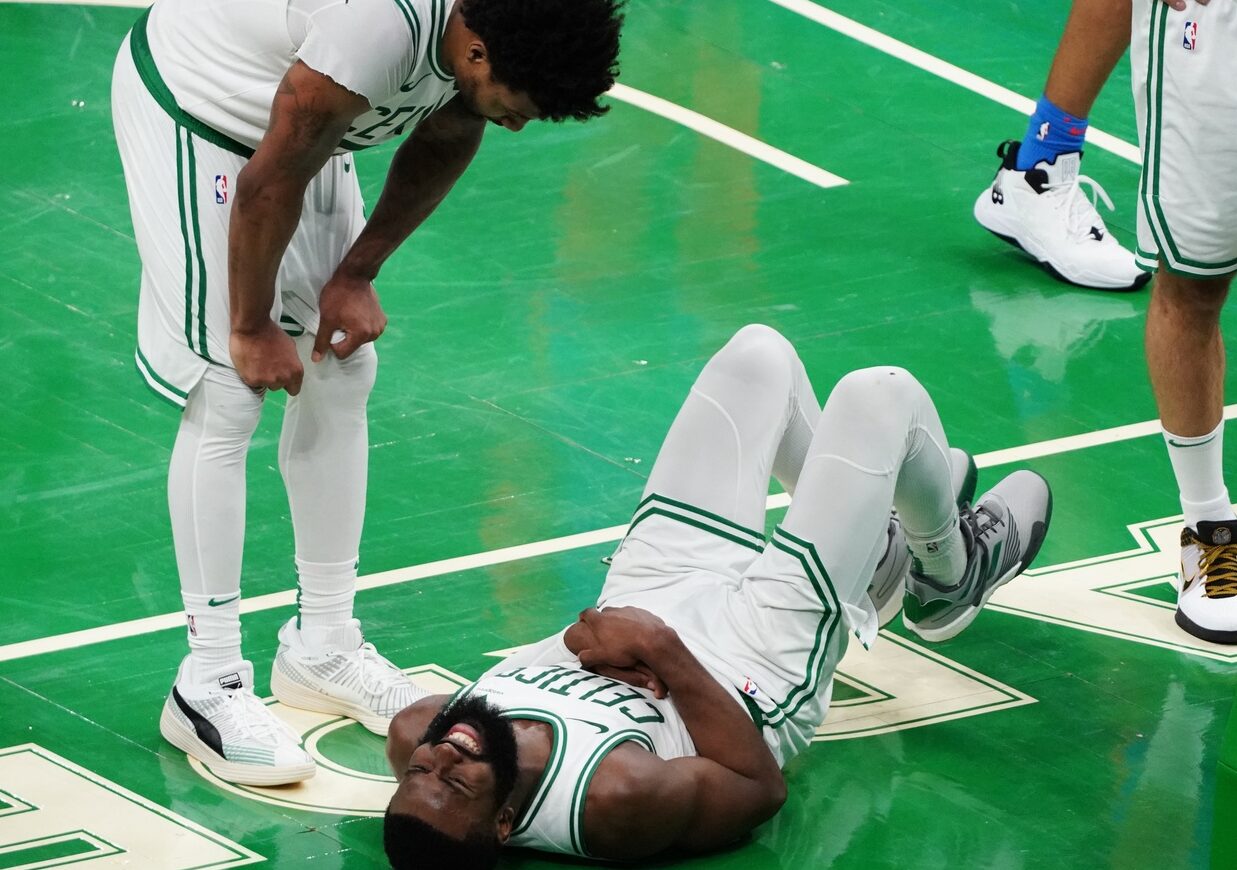 The Boston Celtics will be missing a key piece of their lineup for their Sunday matchup against the Miami Heat with Jaylen Brown out because of a sprained right ankle.

Brown’s absence for the third straight game removes a player who’s a central facet of the Celtics offense. He’s averaging 24.7 points, 6.0 rebounds, 3.4 assists and 1.2 steals per game this season.

That hole in the Celtics’ lineup comes at a crucial time as they battle the Heat for the sixth seed in the upcoming NBA playoffs. Entering Sunday’s game, the Heat have a one-game edge over the Celtics with five games left on both teams’ regular season schedules.

The reason that the seeding is so pivotal is that the seventh through 10th seeds in both conferences will have to compete in a play-in tournament that could result in a team’s season quickly ending.

The upcoming game on Sunday is the first of two straight games in Boston between the two teams, with the latter contest taking place on Tuesday night.