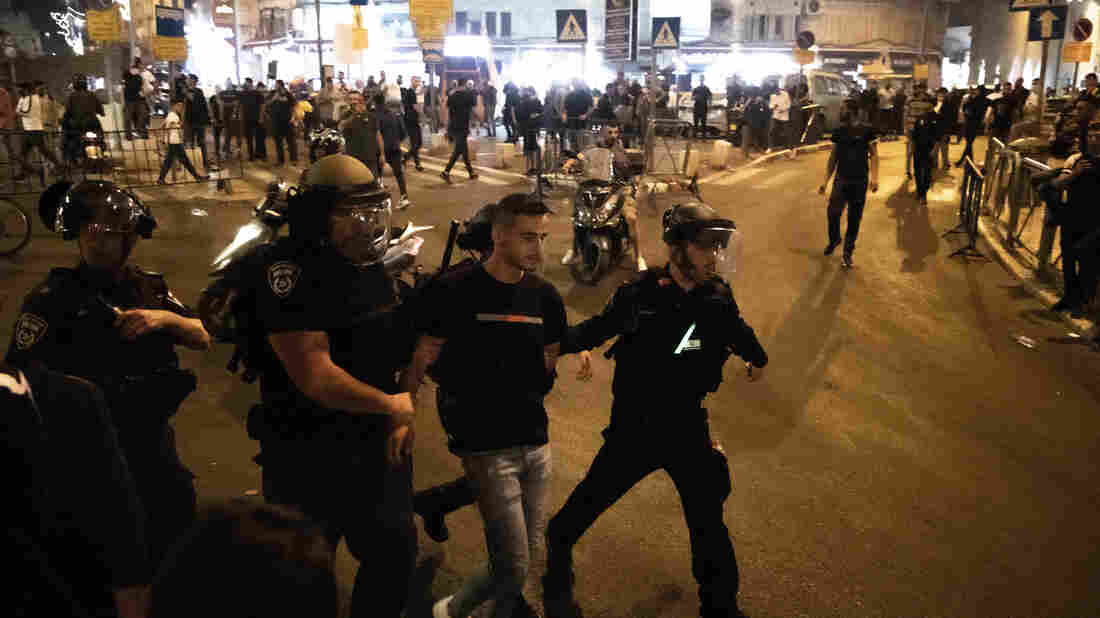 Israeli police take a Palestinian into custody during a protest at the Masjid al-Aqsa compound in East Jerusalem on Sunday. 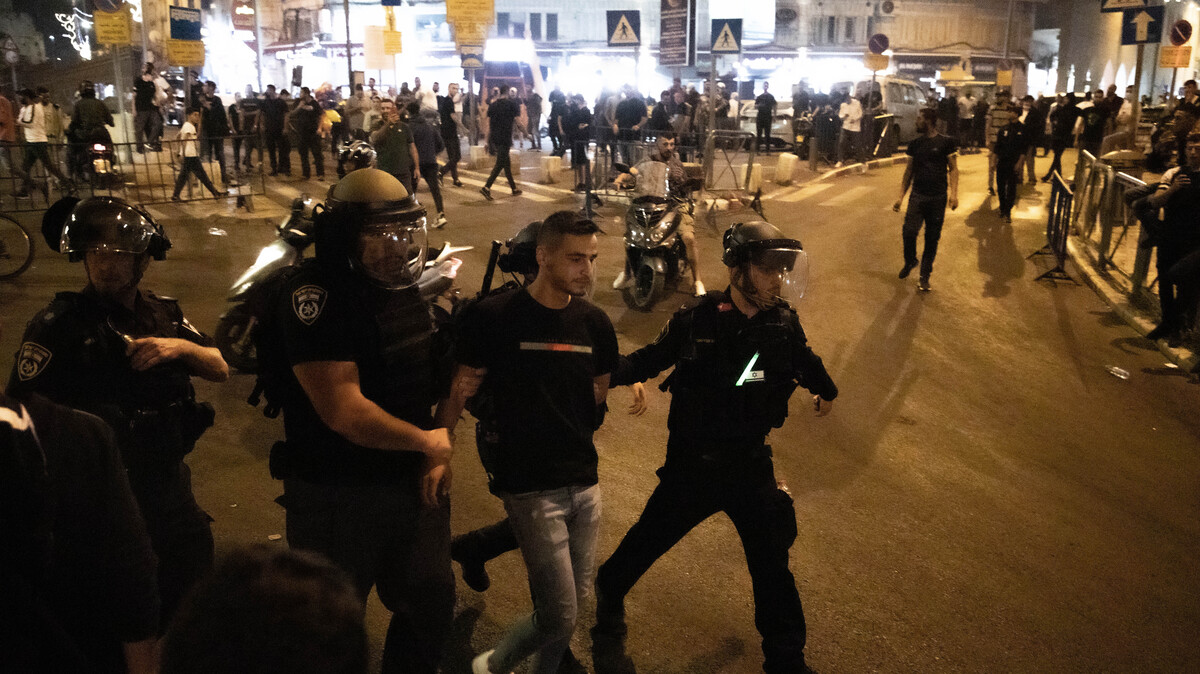 Israeli police take a Palestinian into custody during a protest at the Masjid al-Aqsa compound in East Jerusalem on Sunday.

Violence, which has been ongoing for several nights, continued in Jerusalem as Palestinians clashed with Israeli police on Saturday, leaving many injured.

Around 100 Palestinians were injured during the clashes, according to Palestinian medics. Most of the injuries are the result of rubber bullets and stun grenades, CNN reports, citing the Palestinian Red Crescent.

Police said some officers were wounded as well during the unrest.

Tens of thousands of Muslim worshippers gathered for prayers at the Al-Aqsa Mosque in Jerusalem’s Old City on Saturday to mark the “Night of Destiny,” the holiest night in the Islamic calendar.

But outside the gates of the mosque compound, Palestinians skirmished for the second night in a row with Israeli police.

Over 200 Palestinians and several Israeli police officers were wounded during Friday’s clashes. The unrest follows weeks of sporadic violence between Israelis and Palestinians over possible evictions of Palestinians from land claimed by Jewish settlers.

More clashes are expected on Monday, when Israeli ultra-nationalists hold their annual Jerusalem Day march. The parade, which the Associated Press said was approved by police on Sunday despite the current tensions, will pass through parts of East Jerusalem, which was captured and annexed by Israel in the 1967 Mideast war.

On Friday, Israeli settlers and Palestinians clashed on a street in the East Jerusalem neighborhood of Sheikh Jarrah, where Palestinian families are fighting a court-ordered eviction.

A long-running legal battle over the eviction has reignited conflict in recent days. Israel’s Supreme Court delayed its ruling on whether to evict the Palestinian residents from properties Jewish settlers are claiming as their own. The court was set to announce its ruling on Monday.

The United Nations called on Israel to halt all evictions in the neighborhood.

The U.S. is also opposing the eviction of Palestinians and has urged calm. The State Department said it was “deeply concerned about the heightened tensions.”

“It is critical to avoid unilateral steps that exacerbate tensions or take us further away from peace,” a department spokesperson said in a statement. “As we head into a sensitive period in the days ahead, it will be critical for all sides to ensure calm and act responsibly to deescalate tensions and avoid violent confrontations.”