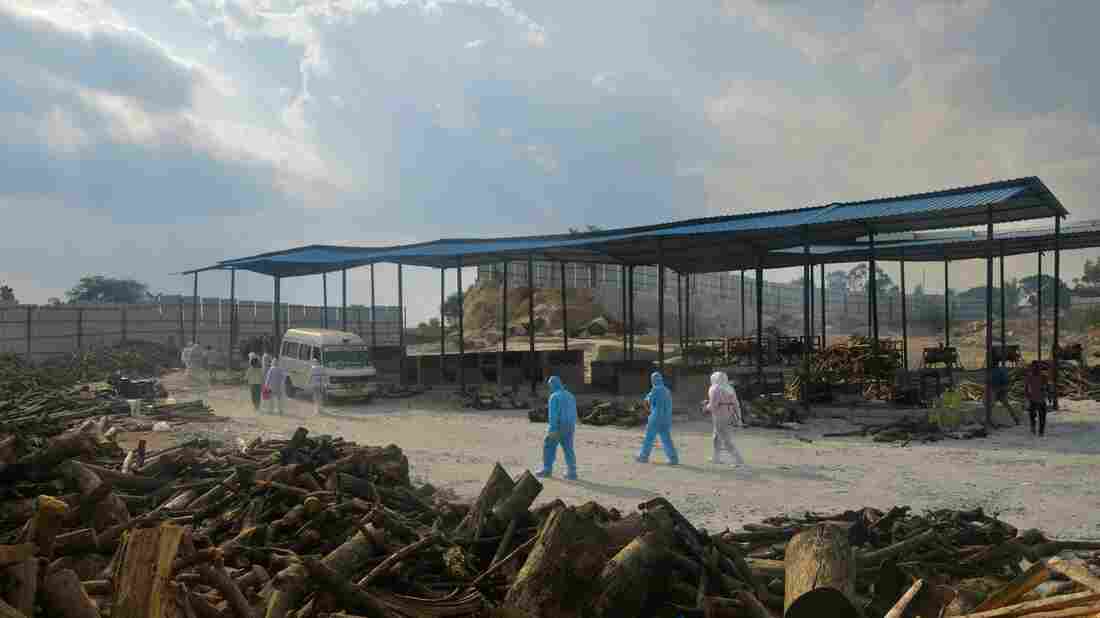 Family members and relatives wearing protective gear arrive to cremate the bodies of victims who died of the COVID-19 at an open air crematorium on the outskirts of Bangalore on Saturday. 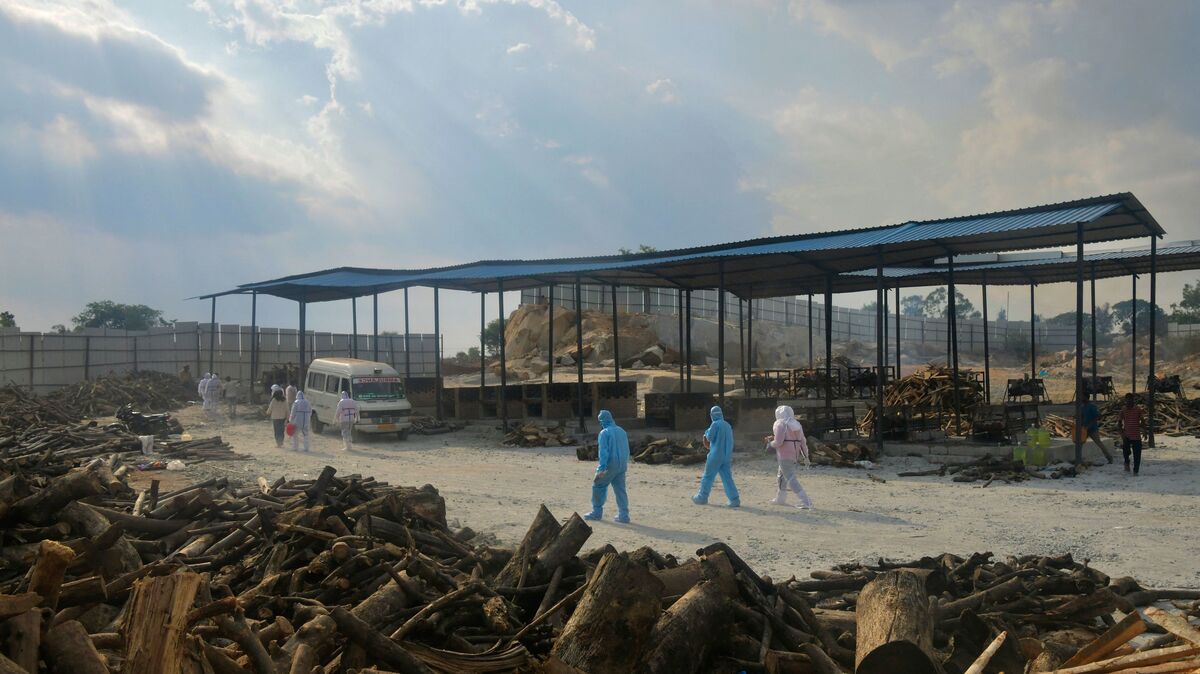 Family members and relatives wearing protective gear arrive to cremate the bodies of victims who died of the COVID-19 at an open air crematorium on the outskirts of Bangalore on Saturday.

In all, nearly 240,000 people in India are confirmed to have died from COVID-19, with reported infections topping 21 million.

It’s a bitter turn for India, which had managed to see cases decline over the winter. But by late March, a second wave swelled and now is ripping relentlessly through the country, with around 400,000 new cases and more than 3,500 deaths reported every day.

But as bad as the government’s official numbers are, they are almost certainly a vast undercount.

“There’s a shortage of tests,” Santosh Pandey, who resides near the holy city of Varanasi in northern India, told NPR in April. “Nobody’s getting tested, so the government’s numbers for our district are totally wrong.”

Crematoriums across India have said only a fraction of the bodies they receive each day are getting counted by the government.

Prime Minister Narendra Modi is coming under increasing criticism for his handling of the crisis. He has not delivered a television address since April 20.

That same month, he did, however, hold a political rally with thousands of people crowded together; masks and distancing in short supply. And he refused to halt a huge Hindu pilgrimage that drew millions of people to bathe in the Ganges River.

The Lancet, a medical journal, in an editorial called Modi’s COVID-19 response “inexcusable” and a “self-inflicted national catastrophe.”

And some Indians feel a sense of abandonment.

Medical supply chains have broken and some hospitals have simply run of medical oxygen. Families have been tasked with finding their own cylinders for relatives desperate to breathe.

India’s urban centers, including its capital, have so far borne much of the load.

In New Delhi, the Holy Family Hospital is at 140% capacity.

“It’s nearly impossible to walk sometimes in the [emergency room],” Dr. Sumit Ray, the hospital’s critical care chief, told NPR’s Morning Edition on Thursday. “Individual hospitals are standing up and doing the best they could. But as a system in different parts of the country, we have collapsed.”

The virus is moving into rural regions, home to the majority of India’s more than 1.3 billion people, where a lack of health care centers and testing facilities threaten to make the situation even more dire.

A strain known as B.1.617, first detected in India, is now dominating in several Indian states. Other more transmissible strains are also circulating, including B.1.351, first identified in South Africa, and B.1.1.7, first found in the U.K.

India’s COVID-19 vaccine rollout has been plagued by delays and shortages, even though it is home to the world’s biggest vaccine maker, the Serum Institute of India, located in the western city of Pune. So far, nearly 10% of Indians have received one vaccine dose, and around 2% of Indians have been fully vaccinated.

On Saturday, the Indian government announced the launch of an experimental drone program to get the shots delivered faster to more remote locations.

Last year, Modi imposed a 21-day national lockdown that was credited with helping contain the virus. Now calls are growing for another one, but Modi has been reluctant to make a similar move. The lockdown led to desperation among migrant workers as well as a 24% economic contraction in the first quarter of 2020.

In the absence of national measures, several states are taking a piecemeal approach.

The states of Tamil Nadu and Karnataka in southern India each announced the latest lockdowns, with two weeks of restrictions set to go into effect starting Monday.